The task layer provides a higher-level abstraction on top of the communication layer to hide the details of execution and communication from the user, while still delegating data management to the user. At this layer, computations are modeled as task graphs which can be created either statically as a complete graph or dynamically as the application progresses. The task system comprises of task graph, execution graph, and task scheduling process.

The task graph is the preferred choice for the processing of large-scale data. It simplifies the process of task parallelism and has the ability to dynamically determine the dependency between those tasks. The nodes in the task graph consist of task vertices and edges in which task vertices represent the computational units of an application and edges represent the communication edges between those computational units. In other words, it describes the details about how the data is consumed between those units. Each node in the task graph holds the information about the input and its output. The task graph is converted into an execution graph once the actual execution takes place.

The task layer provides a higher-level abstraction on top of the communication layer to hide the underlying details of the execution and communication from the user. Computations are modeled as task graphs in the task layer which could be created either statically or dynamically. A node in the task graph represents a task whereas an edge represents the communication link between the vertices. Each node in the task graph holds the information about the input and its output. A task could be long-running (streaming graph) or short-running (dataflow graph without loops) depending on the type of application. A task graph 'TG' generally consists of set of Task Vertices'TV' and Task Edges (TE) which is mathematically denoted as Task Graph

The task graphs can be defined in two ways namely static and dynamic task graph.

The following three essential points should be considered while creating and scheduling the task instances of the task graph. 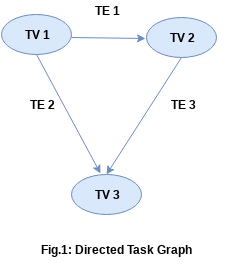 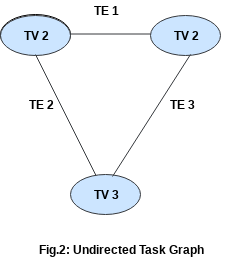 has the following methods namely

has the following methods such as

Other task schedulers and their respective class names

Task executor is the component which is responsible for executing the task graph. A process model or a hybrid model with threads can be used for execution which is based on the system specification. It is important to handle both I/O and task execution within a single execution module so that the framework can achieve the best possible performance by overlapping I/O and computations. The execution is responsible for managing the scheduled tasks and activating them with data coming from the message layer. Unlike in MPI based applications where threads are created equal to the number of CPU cores, big data systems typically employ more threads than the cores available to facilitate I/O operations.